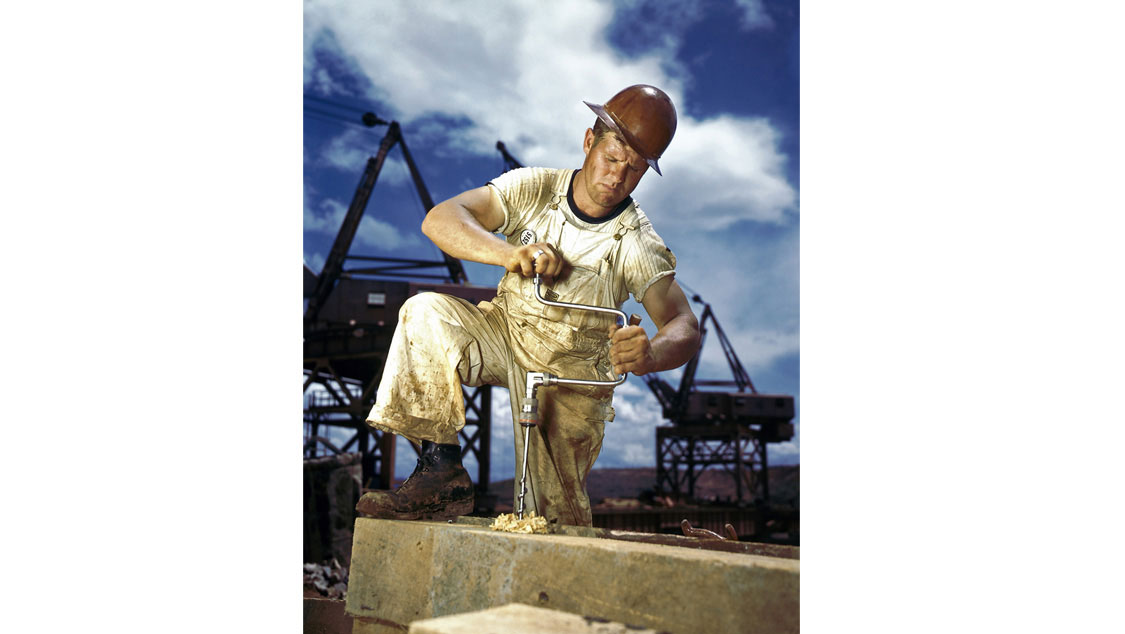 Hard hats they are not just for decoration

In the early years of the shipbuilding industry, workers covered their hats with pitch (tar), and set them in the sun to cure, a common practice for dock workers in constant danger of being hit on the head by objects dropped from ship decks.
Hard hats can protect employees from impact and penetration hazards as well as from electrical shock and burn hazards.  Protective headgear must meet ANSI standard Z89.1-2009 or later.

Type I hard hats are intended to reduce the force of impact resulting from a blow only to the top of the head. This form of impact, for example, may result from a hammer or nail gun falling from above.

Type II hard hats are intended to reduce the force of lateral impact resulting from a blow which may be received off-center, from the side, or to the top of the head. This form of impact, for example, may result from contact with the sharp corner of a side beam.

Class G (formerly known as Class A) – These hard hats are considered for general use and offer protection against low-voltage electrical conductors up to 2,200 volts (phase to ground).

Class E (formerly known as Class B) – These helmets are intended for electrical work and offer protection against exposed high-voltage electrical conductors up to 20,000 volts (phase to ground).

Class C – These helmets do not offer any electrical protection and are often electrically conductive.

Each hard hat should bear a label inside the shell that lists the manufacturer, the ANSI designation and the class of the hat.

Periodic cleaning and inspection will extend the useful life of protective headgear.  A daily inspection of the hard hat shell, suspension system and other accessories for holes, cracks, tears or other damage that might compromise the protective value of the hat is essential.  Paints, paint thinners and some cleaning agents can weaken the shells of hard hats and may eliminate electrical resistance.  Do not store protective headgear in direct sunlight, as UV light and extreme heat can cause damage.
Always replace a hard hat if it sustains an impact, even if damage is not noticeable. Suspension systems can be replaced when damaged or when excessive wear is noted.

Let ibuysafety bring health and wellness directly to your inbox. Subscribe today and get 5% OFF on your first purchase.


Thank you for adding the product!